The Hallwood petroleum management group is known in the industry as an innovator and pioneer in the exploration and production of unconventional shale oil and gas contained in onshore fields. Since 1984 we have successfully drilled hundreds of conventional and non-conventional wells and have developed horizontal well drilling technique and creative hydraulic fracturing technology.

In 2001, the management team sold our unconventional resource properties which including coal bed methane in the San Juan Basin of New Mexico and Colorado to a subsidiary of Unocal for $268 million.

Our operations in the Barnett Shale in the Fort Worth Basin of Texas were sold to Chesapeake Energy Corporation in 2005 for $535 million.

In summary, Hallwood has had a long history of acquiring, owning, operating and selling oil and gas projects.

The following are brief descriptions of major U.S. investment banking transactions in which Hallwood has played a leadership role: 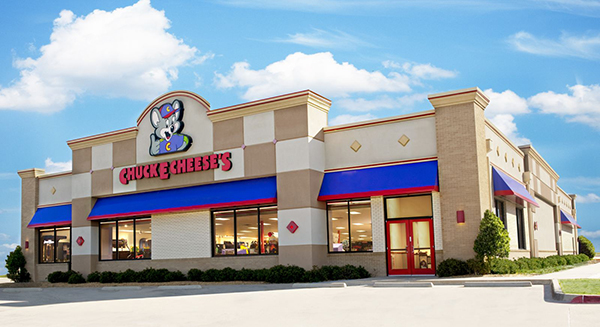 Our highest profile investment was probably a control position in Chuck-E-Cheese, a national children’s entertainment restaurant chain listed on the NYSE.

In May 2014, HWG took private its listed subsidiary, Brookwood Companies Inc, a major supplier of high tech fabrics to the US military with sales of over $130 million per annum.

After drilling a number of test wells, oil was discovered and produced in limited quantity, but not on economic terms and we elected to abandon the project.

In 2006, Hallwood Financial acquired a 28.5% controlling position in The Local Radio Company PLC, a public limited company incorporated in England which owns and operates 19 local radio licenses across the UK. The share stake was sold to UKRD PLC in February 2015.

In 2005, Hallwood developed a multifamily garden apartment project in Houston Texas. Hallwood retained an experienced staff of real estate professionals and over the next ten years built and resold a rental portfolio of over 1200 garden apartments in Texas and Arkansas.

In 2004 Hallwood Realty Partners, L.P. was sold to HRPT Properties Trust for $250 million.

In 2004, HEC an affiliate of Hallwood Petroleum completed a merger with Chesapeake Energy Corporation under which HEC was acquired by Chesapeake. The merger agreement provided for a total cash price of $292 million.

During 2001, Hallwood Energy Corporation which owned and operated producing oil properties in the Permian Basin was sold to Unocal for $268 million.

Hallwood investment in ShowBiz Pizza Time Inc., which operated a system of 450 children’s specialty restaurants in 45 states was spun off as a separate public company in 1988 and later relisted on the NYSE.

In 1989, Brookwood Companies Incorporated, a wholly owned subsidiary of Hallwood, purchased essentially all the business and assets of Coated Sales, Inc., a textile company, previously in Chapter 11 bankruptcy.

In 1989, Hallwood completed the restructuring of Heck’s Inc., a 55 store West Virginia based discount retailer, with the company’s emergence from Chapter 11 bankruptcy.

Hallwood retained an approximate 25% interest in ShowBiz with a stock market value of approximately $100 million.

In May 1989, Hallwood exercised a put option, selling its Alliance stock to the FDIC.

In 1987 Hallwood obtained approvals from the Federal Deposit Insurance Corporation, the Comptroller of the Currency and the Federal Reserve Board for a $200 million capital restructuring plan for Banc Texas Group, Inc.

The restructuring of Banc Texas included the infusion of $50 million of private sector capital raised by Hallwood through a stock rights offering and $150 million from the FDIC.

In 1986, Hallwood led a restructuring for GCA, a New York Stock Exchange listed manufacturer of capital equipment for the semiconductor industry.

The restructuring plan provided GCA with $71.9 million in new equity capital, of which approximately $47.7 million was raised by a rights offering to GCA shareholders and the balance by private placements in Japan and France.  The company was later sold to Allied Signal.

In 1986, Hallwood completed a restructuring of Brock Hotel Corporation, of Dallas. Listed on the New York Stock Exchange, Brock owned hotels throughout the U.S. and was one of the largest licensees of Holiday Inns, Inc.

Over the years, this company, renamed Hallwood Energy Corporation, was operated by Hallwood until it was sold in May 2001 to Unocal for $268 million.

In 1984 a Hallwood affiliate listed on the Luxembourg Stock Exchange acquired the remaining assets and liabilities of the bankrupt Chase Manhattan Mortgage and Realty Trust. Stanwick purchased most of the assets for $34 million in cash and funded the purchase with an issue of shares and Eurobonds to institutional investors in the UK, Switzerland, Holland and Japan.

Hallwood underwrote both the equity issue and the European financing.

Following the rescue, the company was sold to a Canadian listed real estate entity.

This company was later merged into Hallwood Group.

Hallwood Trust acquired control of First Pennsylvania in the transaction and later merged the company into The Hallwood Group which was listed on the New York Stock Exchange.

Major Participants in Past Hallwood Transactions: